Metropolitan Municipality in collaboration with the region „Ovcha Kupel“ pilot project to introduce separate collection of waste. In order to choose the best locations for collection and transport of separately collected waste, your help is required.

What is the capital of culture?

So far 40 European cities including Athens, Paris, Copenhagen, Stockholm, were European Capitals of Culture. Throughout the year in these cities, numerous cultural events that present current achievements in culture and art.

Thanks to this recognition Sofia will become even more famous and recognizable city in Europe. Many tourists will be attracted to discover our sights, culture and arts. The cultural infrastructure will be significantly renovated. Throughout the year will various theater and dance performances will be held, as well as concerts, exhibitions and much more. There will be financial support for an overall improvement of the urban environment – infrastructure, landscaping, lightning, public services.

Metropolitan area „Ovcha Kupel“ is also included in the initiative by organizing a number of cultural, musical events and contests within the region.

>> Calendar of events organized by the CA – region „Ovcha Kupel“

ACTION IN CASE OF DISADTERS AND EMERGENCIES
EVACUATION

Results of the assessment and verification of the damage caused by the earthquake, the 22.05.2012 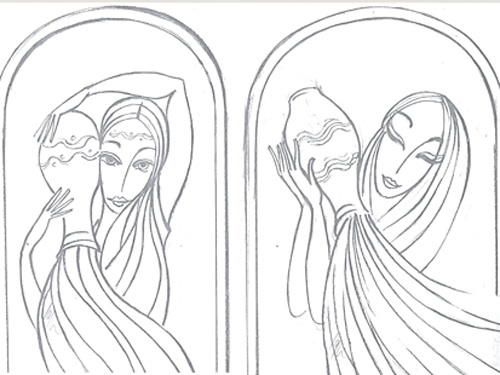 The logo was created in 2009 and in the author’s view it represents a combination of the Thracian roots in our land, the rich mineral springs and the idea for the development and prosperity of the region „Ovcha Kupel“

First used as a symbol in the first Regional Art Review „Young Talents 2010“.